With our family of resorts spanning from the shores of Kauai to the slopes of Park City, see how much you know about our unique locations! What city is home to the country’s largest rotating tramway?

Palm Springs. The Palm Springs Aerial Tramway transports riders from the dry desert floor to the pine-filled mountains in the span of just 10 minutes.

Which city in Northern California was a famous filming location for hit movies and shows?

Truckee. In the early 20th century, this mountain town was one of Hollywood’s favorite locations, with nearly 100 scenes filmed there, including Bonanza and Call of the Wild.

Which island is the furthest removed of the Hawaiian Islands?

Kauai. Known as the Garden Isle, this lush island retreat is the furthest island and is filled with dense rainforests, white sand beaches, and cascading waterfalls.

Which city is home to the largest film festival in the country?

Park City. The Sundance Film Festival takes places in this ski town every January, hosting thousands of celebrities, moviemakers, and film enthusiasts from around the world.

Where was the location of the 1960 Winter Olympics?

Palisades Tahoe. The 1960 Winter Olympics was significant for being the first time the official Olympic Anthem was played and women’s speed skating was an event.

Which region survived The Prohibition, insects, and wildfires to become one of the most popular vacation destinations in the world?

Napa Valley. This winemaking corner of California has historically been no stranger to adversity, yet it always comes back even better—and more delicious—than before!

Which town has a home known as the “White House of the West”?

San Clemente. Richard Nixon purchased a vacation home in this small OC town in 1969 that locals nicknamed the “Western Whitehouse”.

Which city is the jumping off point to travel to the least-visited national park?

Where are the most avocados in the U.S. produced?

San Diego. California is the country’s largest avocado producer, with 60% of them grown in San Diego County, making this region the avocado capital of the U.S.

We hope learning more about the amazing areas our resorts are located in has inspired you to explore new and exciting destinations! 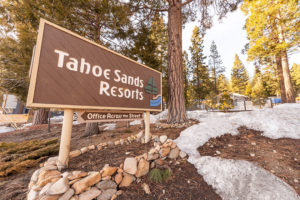 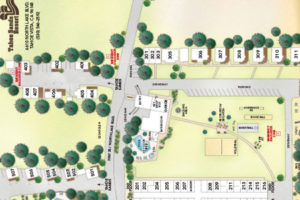